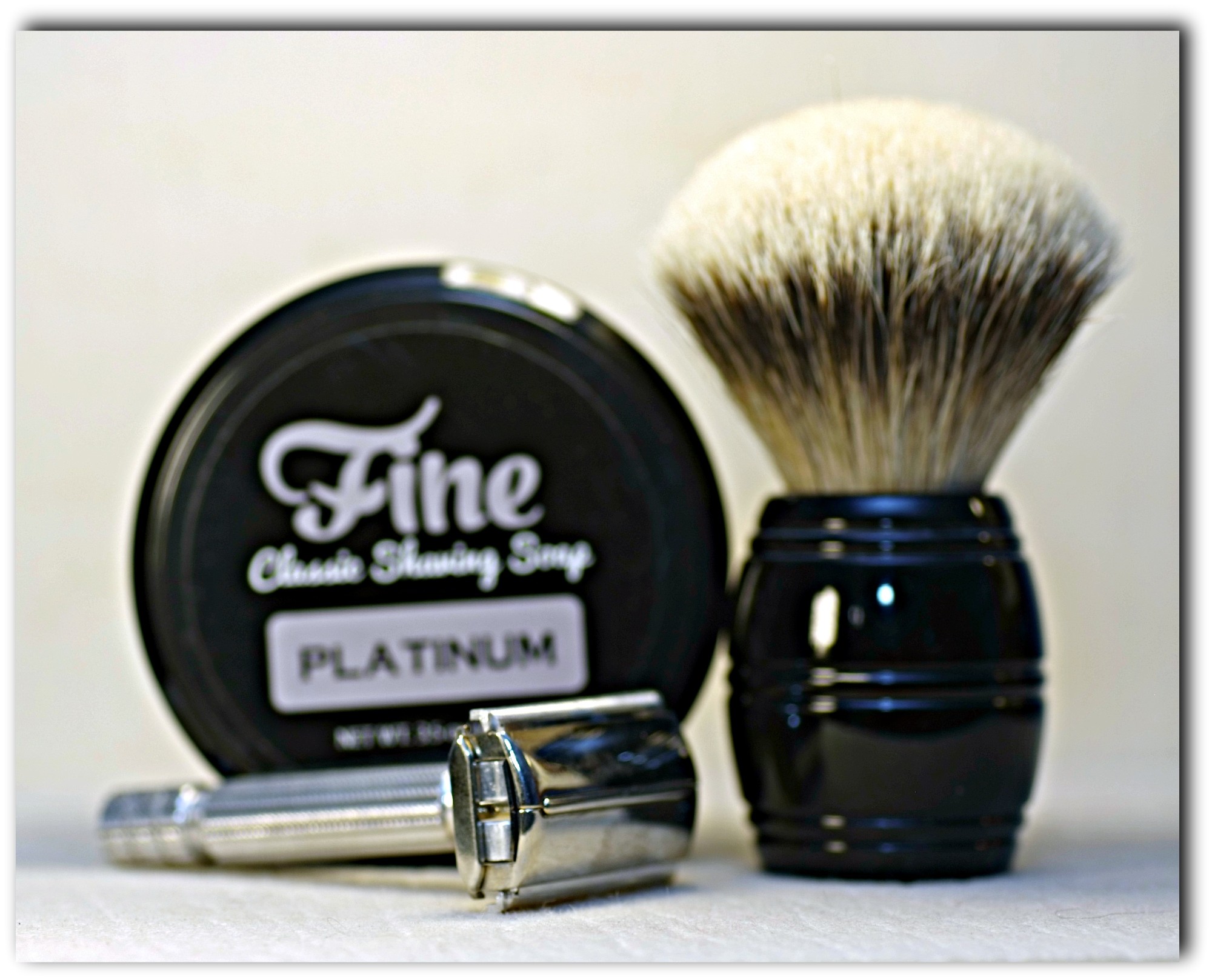 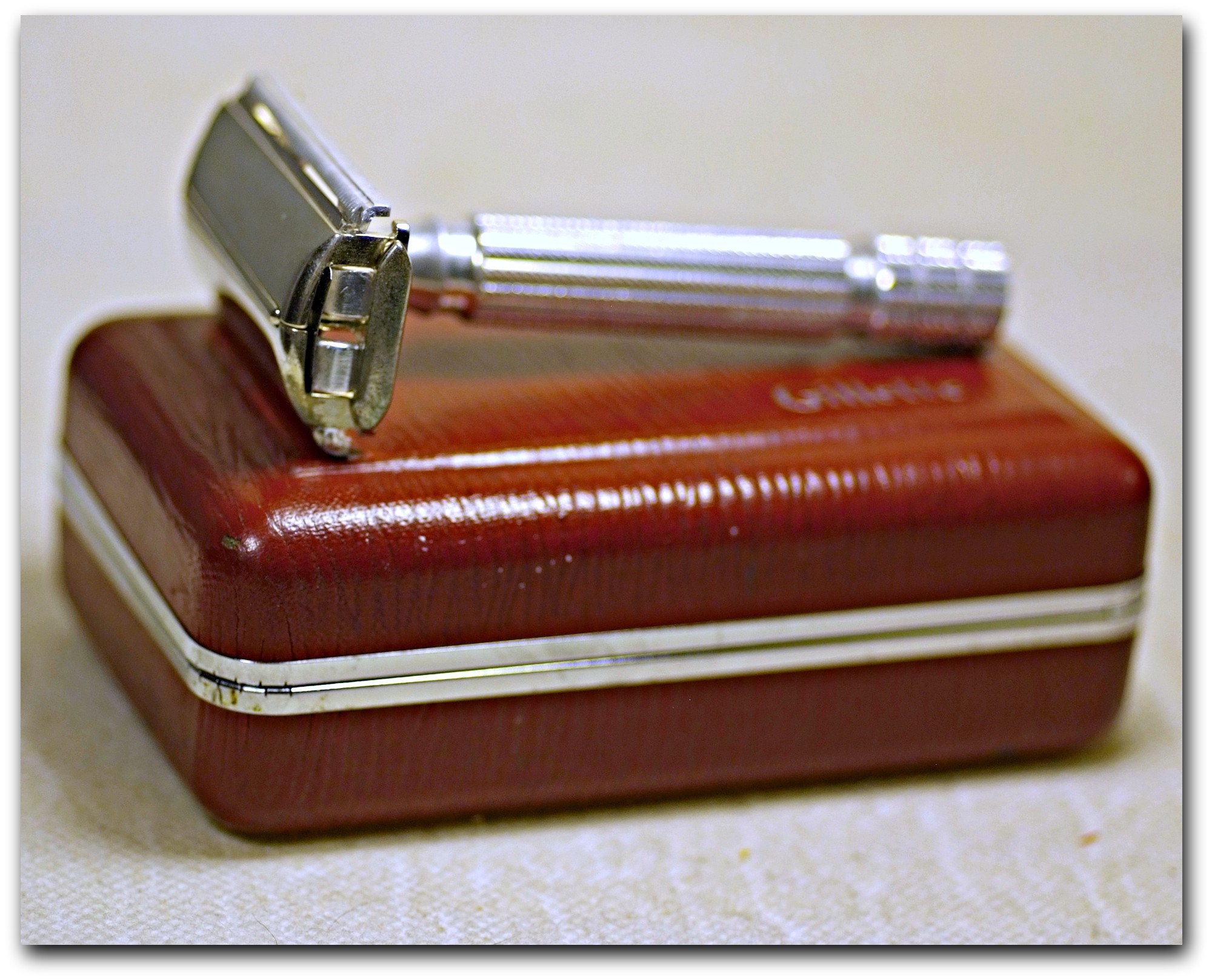 A WINNER IS A DREAMER WHO NEVER GIVES UP.
Happy Monday guys! 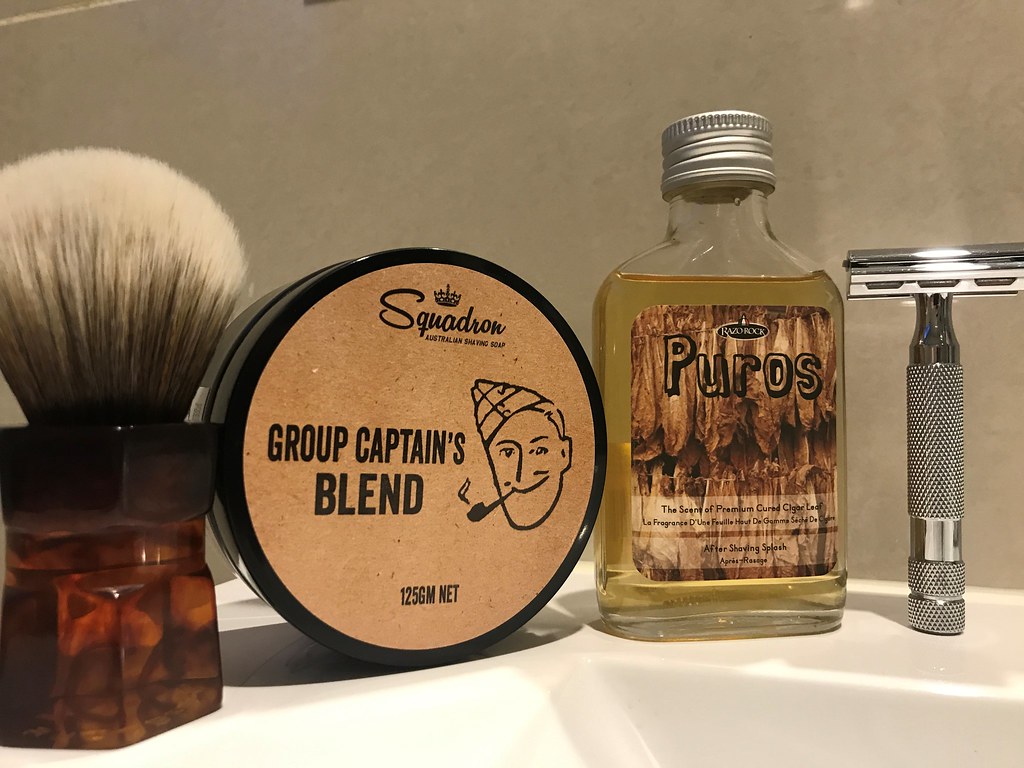 Active Grasshopper (with LOTS of soaps)

Holiday said:
Enough about the booze @SpeedyPC, how is the Weinstrasse? Deserved of Colognoisseur perfume of the year 2019?
https://paste-and-cut.com.au/community/threads/chatillon-lux-weinstrasse.6004/post-157508
Click to expand...
Sorry, I didn't get back to you so soon @Holiday just got out of the bathroom 10mins ago during my shave with this FANTASTIC!!! smell of the DG Weinstrasse shaving soap, however, it's not the new milksteak base formula.
It's the old base Icarus formula, I've has this almost a whole year roughly, I got this last old base tub from Top of the Chain in Canada. I do LOVE!!! the smell of the white grapes, honey, possibly blackcurrant (not 100% sure from my nose), sandalwood, maybe oakmoss (or something smells like oak) and musk.

How's that grab you @Holiday are you going to get the new Weinstrasse milksteak base formula??? While I'm enjoying my bloody drink.

I note you are a bit of a Colognoisseur yourself @SpeedyPC, so if you recommend it, I will have to add to the wish list.

Active Grasshopper (with LOTS of soaps)

Holiday said:
I note you are a bit of a Colognoisseur yourself @SpeedyPC, so if you recommend it, I will have to add to the wish list.

Cheers
Click to expand...
YMMV.... Some guys love it and some guys hate it,

You can always sell the tub, if, the scent isn't for you. Easy Peasy. 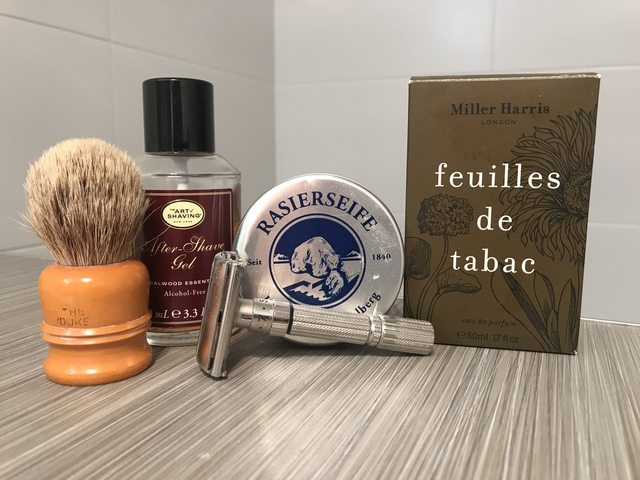 Yesterday's shave was nice but the Apollo delivers such a smooth and close shave = almost the perfect shave... Happy shaves! 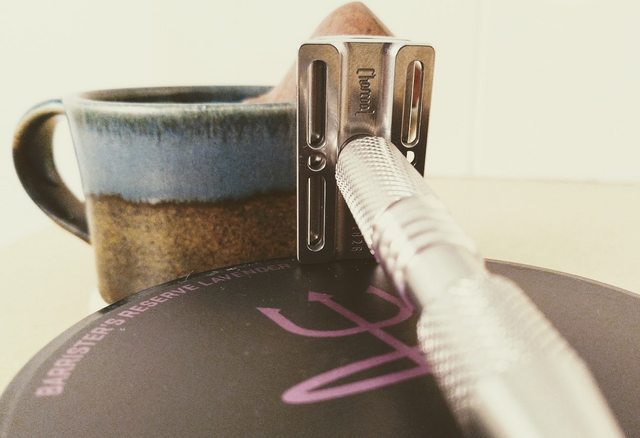 Shaving perfection in my book.​ 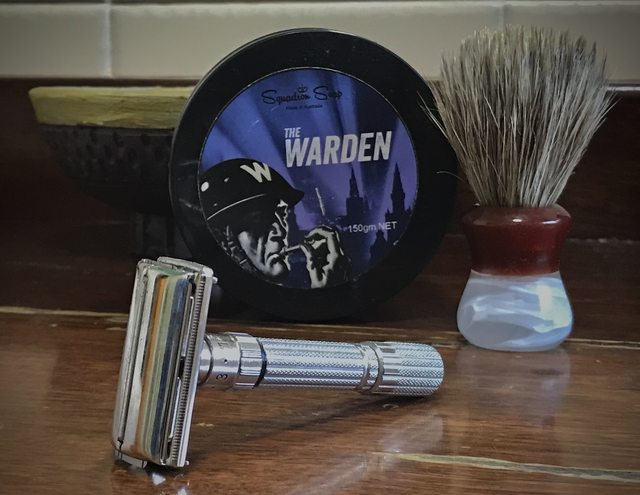 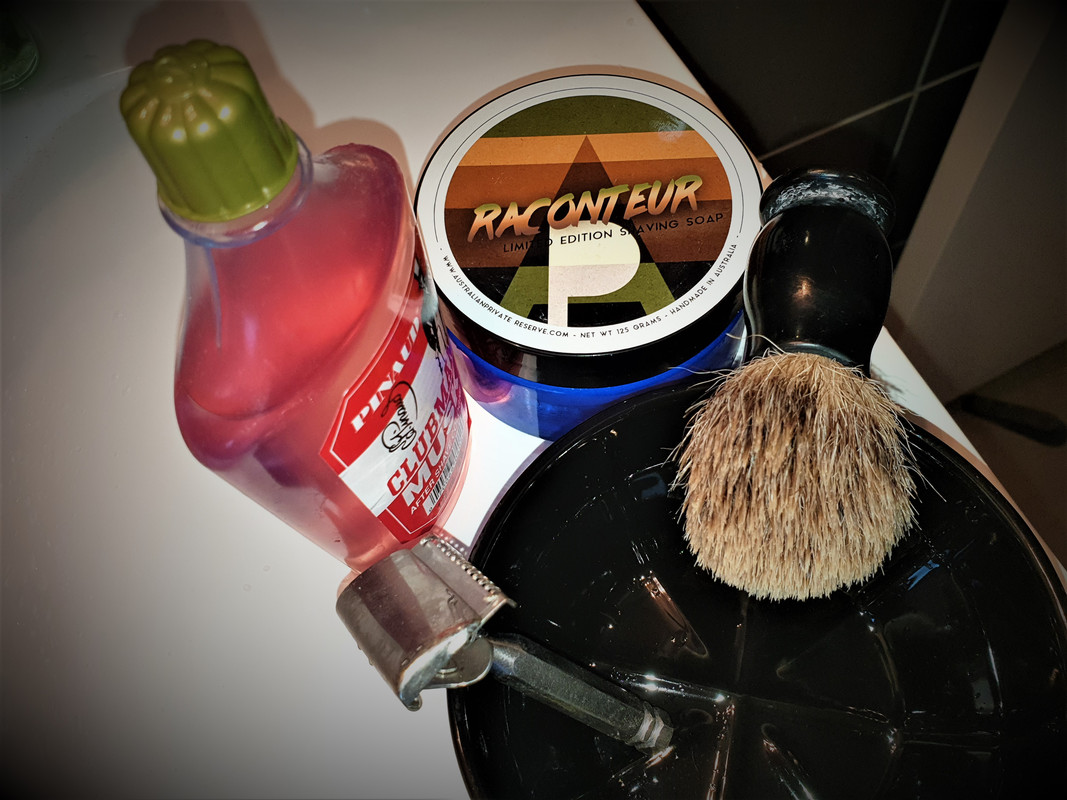 I just had to try this strange little machine that was made before my father was born and arrived in my letter box today totally unexpected.
The blade sticks out quite a few mm from the cap, but of course that doesn't necessarily mean there's a lot of blade exposure. Still, it looked an awful lot of blade sticking out there
so I began to shave carefully and gently. It turned out my caution was unjustified, as the 1914 gave a quite efficient shave without being at all aggressive.
The only issue was getting to the areas immediately under my nose, as the head is fixed to the handle at a strange angle for someone who has never used a SE before.
Compared to the CAD designed modern razors, this is a masterpiece of engineering created with sliderule, pencil and ruler and I tips me lid to the designer.

Had a couple of surprises with tonight’s shave. Decided to give these nacets another try, previously I have not like them as I didn’t really find them smooth but really enjoyed one in tonight’s shave. The blades are the same batch from the same puck as previous uses but I did use the wolfman with them for the first time so maybe that’s why.

Don Marco, there were notes that I enjoyed when I first smelt this but there was one underlying scent that I actually found offensive and close to ditching this splash, but as time has passed I now really like it but not sure how is this even possible? 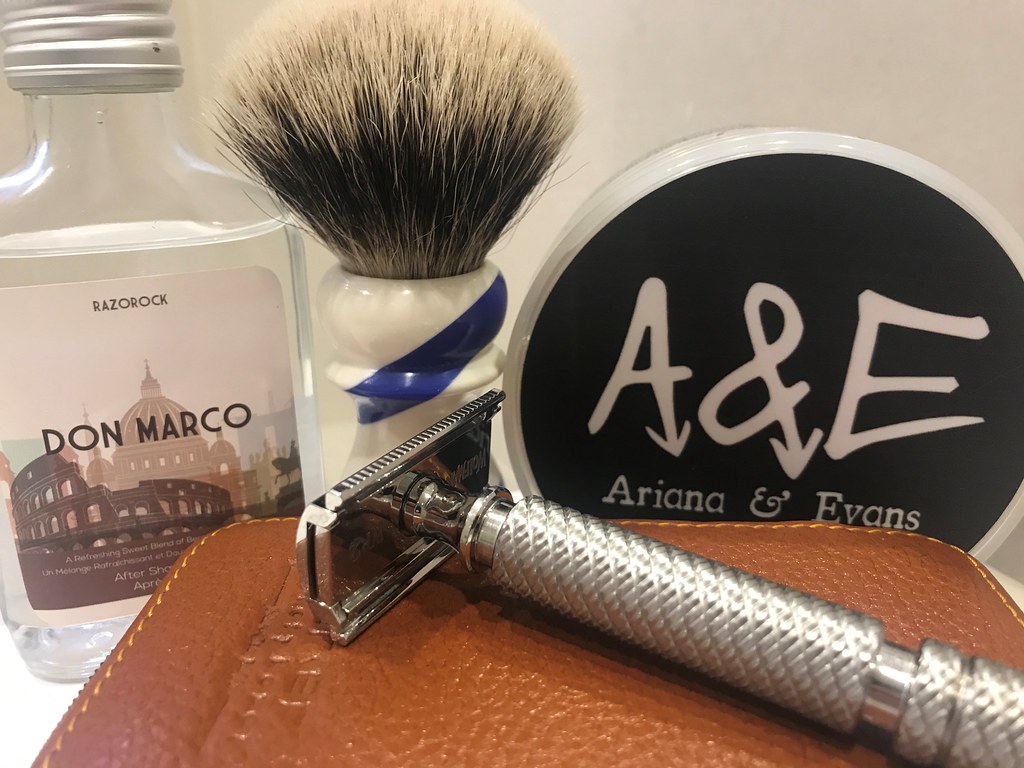 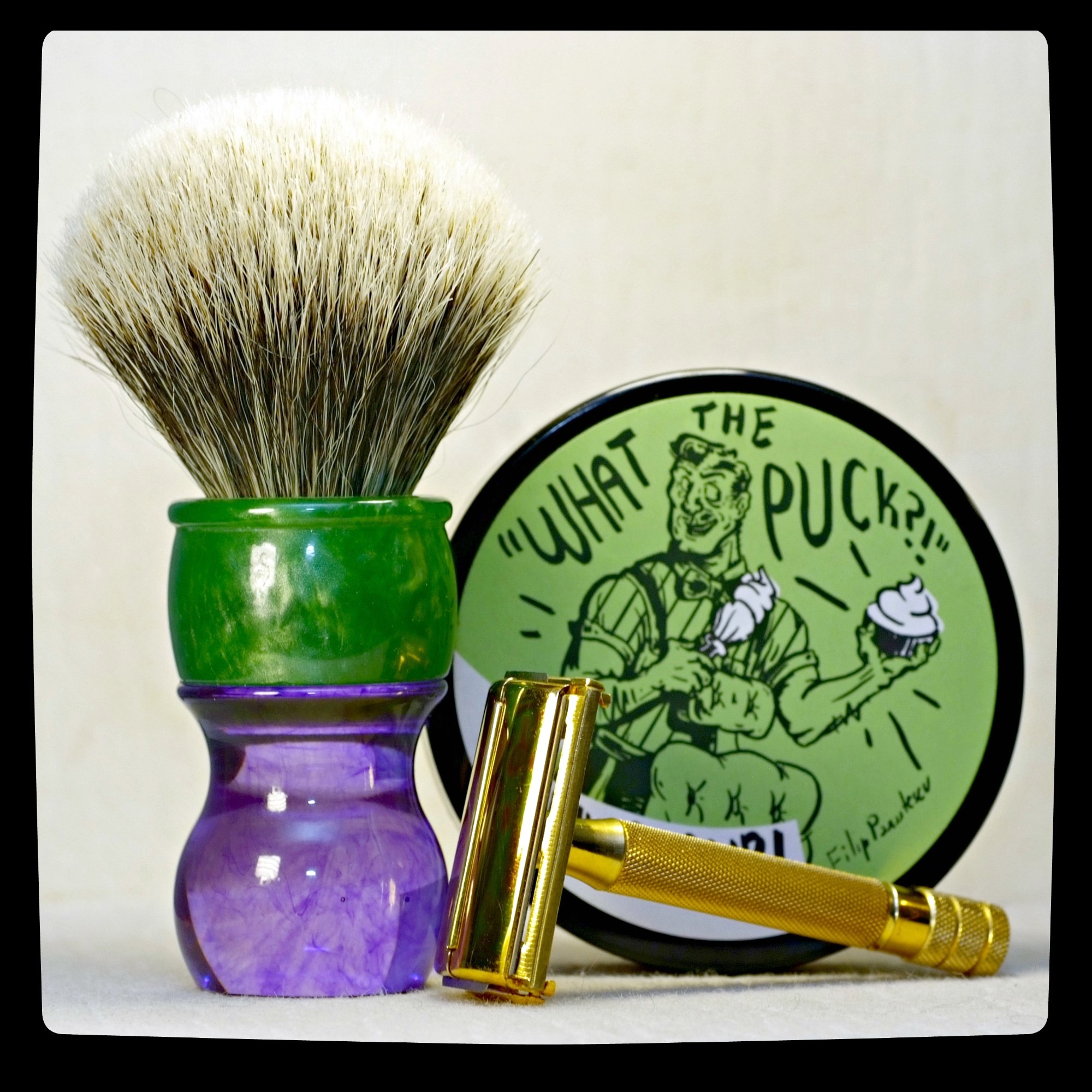 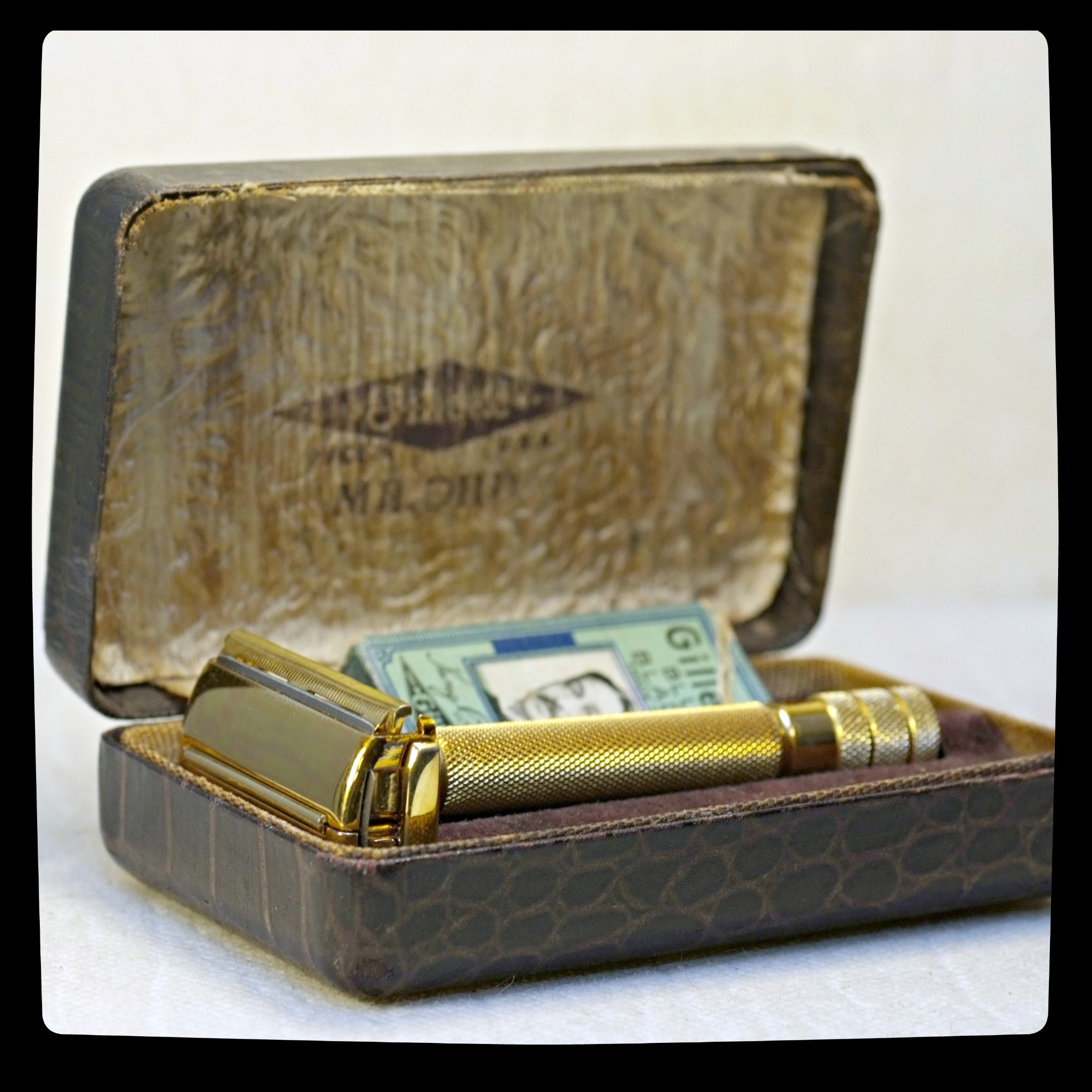 StratMan said:
But as time has passed I now really like it but not sure how is this even possible?
Click to expand...
There's nothing like playing with scents to make us realise that no two people smell the same thing, and our brains play tricks like this all the time. I spent many years as a cheesemaker, and have lost count of the number of times visitors to my cheese factories asked "how can you live with that smell?" and I'd think about the combined smells of chlorine bleach, milk, cheese and their stinky cultures and say "what smell?" 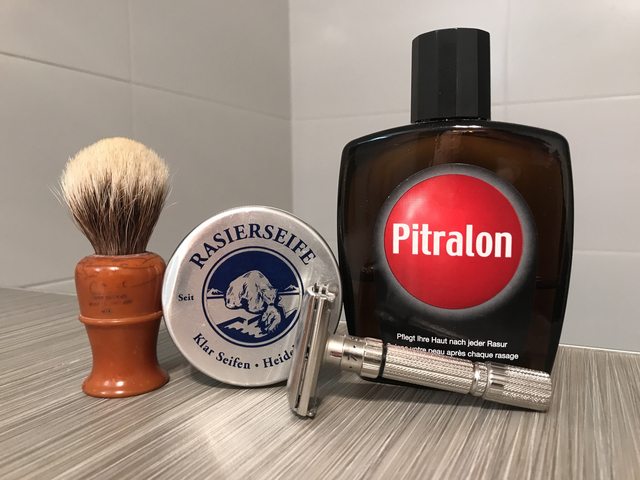 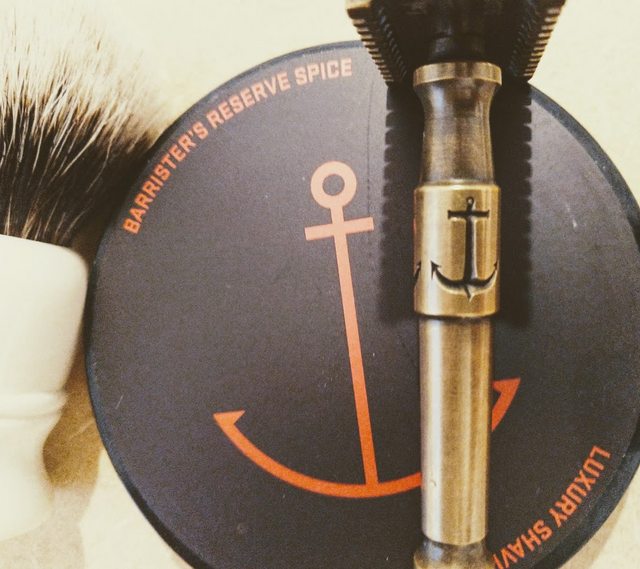 The anchors 'ave it.​

Another enjoyable pre-work shave using this razor. Only issue I had was the Dorco shaved a tad rough and I accidentally nicked myself under the nose but nothing the trusty Alum block couldn't handle.
Great performance from this soap and I really enjoy the scent. Finished off with some serum on the head and cologne+lotion... Happy shaves! 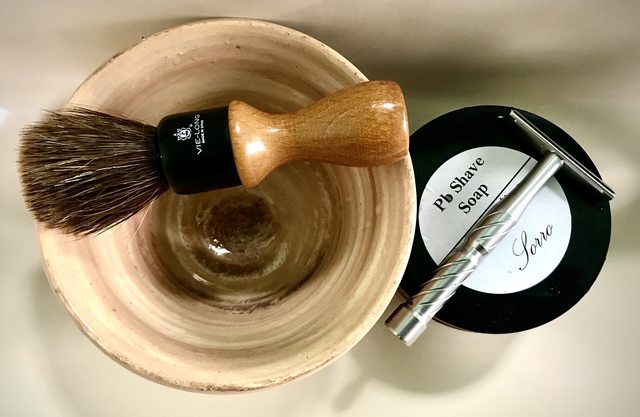